I’ve known Carrie as long as I’ve been a caseworker at FACS. I’ve watched her grow from a sweet 10 year old girl into the lovely 18 year old woman she is today – a smart, strong, caring person with a fighting spirit. This is Carrie’s story, and I feel privileged to have been a part of it.

Carrie is the eldest of seven kids. They’ve lived through more trauma together than you’d want to imagine. Because their mum and dad had troubled childhoods, they weren’t up for the job of caring for so many kids. Carrie and her siblings had been neglected and badly hurt – hurt she won’t get over quickly.

Carrie and four of her younger siblings went to live with their great aunty and uncle, Maureen and Bob. They ran a tight ship, and the children thrived. Despite all she’d been through, Carrie was cheerful and full of energy, and always excited when I went to visit her.

Almost overnight things changed when Carrie turned 13. She started acting out and testing the boundaries, as teenagers like to do. She snuck out at night and hung out with older kids. Then she stayed out for a whole night and Bob and Maureen were at their wits’ end. They also had to worry about the other kids and how it affected them.

Carrie decided she couldn’t live there anymore. Leaving her brothers and sisters was really hard – she’d cared for them when her parents could not, and in many ways she was their ‘other mother’.

Carrie moved into residential care but it soon became clear it wasn’t a great fit. She was so young and impressionable that she learnt a lot of tricks from the older girls that made her unsafe. She started stealing and staying out way too late, and was constantly in trouble with the police. I was really worried because she was so vulnerable.

Support to take a different path

During this time I worked with Carrie trying to lead her onto another path. I organised counselling, tried to get her back to school, and linked her to social groups in the hope she wouldn’t spend as much time with the kids who were getting her into trouble. I had to get real with her and have hard talks about hard stuff. You have to be comfortable with teenagers to talk about everything – they can see through you if you’re not. We’d talk about how her mum had Carrie when she was only 17 and that Carrie may now be heading down a similar path. I had to make her think about whether she wanted the same life, or something better.

I myself was eight months pregnant and completely exhausted when I found out that Carrie was at the Children’s Court, again. I went to pick her up and she jumped in the car, grinning from ear to ear. She wasn’t paying me any attention as I tried to read her the riot act, so I asked her what was she so happy about. She replied, ‘Skye, I’ve had the best night – the cop bought me a hamburger and I got to watch a movie’.

I’ve never forgotten that. I felt so sad – here was this young girl, thrilled to be arrested and to spend the night in jail because it meant a safe bed and a hot meal. It brought me back to earth with a thud and helped me understand what Carrie had lived through and where she was at.

Carrie’s mum was now separated from her dad and living in Queensland. Carrie decided to try living with her mum again. My manager, Andy, and I organised for her to have a caseworker with Queensland Child Safety Services on an informal basis. The two state systems are very different and, despite our best efforts, we weren’t able to transfer her case formally. So, with Andy’s support, I continued to work with Carrie as though she was still in NSW. I couldn’t leave her without support, no matter how far away she was.

Carrie would ring Andy and me all the time, asking ‘Why can’t you just come up here and help me?’ We’d hold teleconferences with her Queensland caseworker, and Carrie would sometimes yell and cry and storm out of the room. Andy and I would be sitting miles away and not be able to go to her. It was heart wrenching. Afterwards, Carrie, always a sweetheart, would call us and say ‘I’m really sorry about that’. It was turbulent, but Andy and I had a sense we were holding Carrie from a distance and helping her keep it together. We’d call and text all the time and send her little gifts so she knew we still cared.

Although some days I wondered how we’d get through, Andy kept me going, saying ‘years from now, Carrie will be speaking at a conference about how well she was supported to leave care, about the way we never gave up’.

Last year, I flew up to Queensland to spend time with Carrie. She was sitting on the front porch waiting, and she burst into tears when she saw me. She ran to the car and hugged me for about two minutes. It was amazing to see her. She showed me her room, and her Year 12 formal dress, and caught me up on everything that was happening.

I always knew Carrie to be fiercely independent and determined, but her achievements blew me away. At just 17 she was working two jobs, studying for her final year exams and paying her own way. When she graduated from Year 12, she received a Principal’s Award in recognition of how much she’d achieved. Only one student receives the award each year, so Andy and I were like proud parents. Carrie is the first person in her extended family to graduate from high school, and she hopes her brothers and sisters can do the same.

After graduation, Carrie wanted to move back to NSW, but before she could do that she had to deal with a list of outstanding police warrants, so she could start again with a clean slate. Carrie always meant to address the charges, but she was busy finishing her schooling in another state and it took longer than we all wanted. I sought legal advice and wrote a letter of support outlining her achievements, and helped her prepare a résumé. Carries flew down to Sydney and together we went to the police station. She walked up to the front counter and told them she was there to hand herself in.

The magistrate at the Children’s Court remembered Carrie from years before, and he said ‘I told you last time I didn’t ever want to see you again’. Carrie spoke bravely and directly to the magistrate. She told him what she’d done since she last saw him. He was impressed and told her how wonderful it was to see a young person turn their life around. He then dismissed all of Carrie’s outstanding charges. 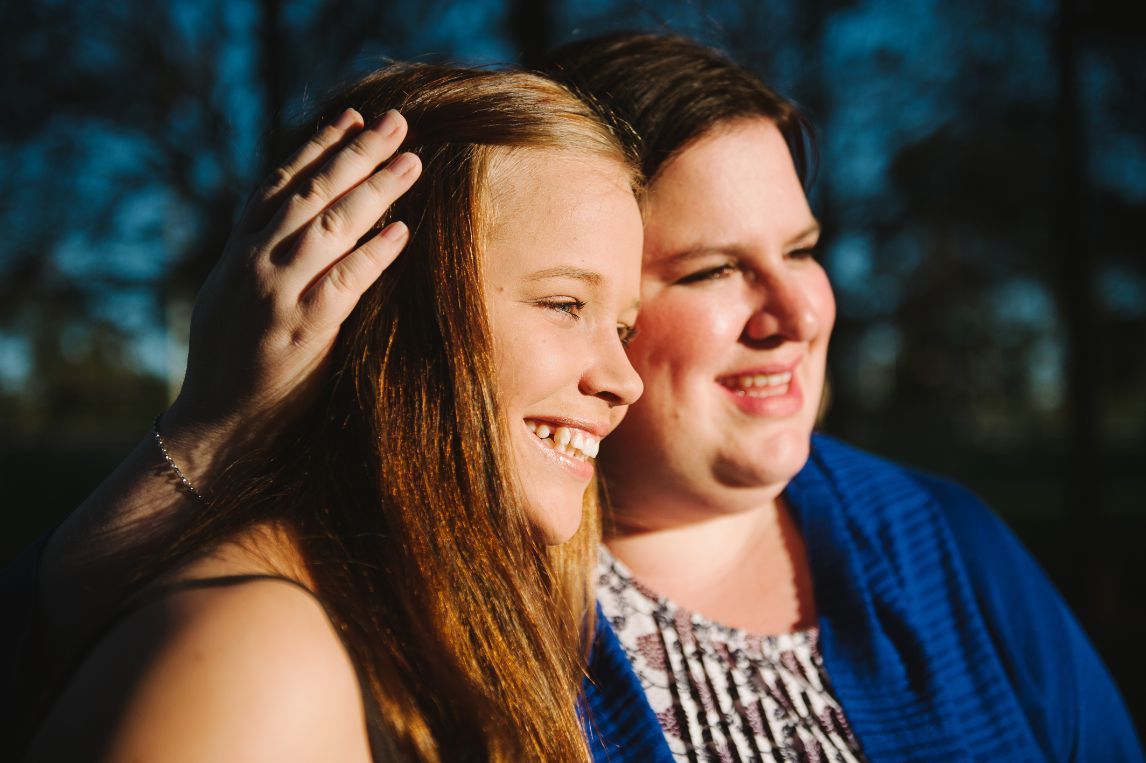 Earlier this year, we found out that Carrie didn’t have any plans for her 18th birthday, so our office hosted a party for her. All of the caseworkers who’d known her from over the years came and told funny stories about her life. Andy gave the ‘daggy dad’ speech, letting Carrie know how proud we all were of her. We had cake and presents and it was a lovely afternoon. We bought Carrie a computer to help with the business diploma she’d started studying.

Over the last eight years, I’ve had time off to have my two children, but each time I returned from maternity leave I’d ask to work with Carrie again. I really missed her.

Last Mother’s Day I got a text from her thanking me for everything and wishing me a lovely day, which made me burst into tears. It just goes to show how important what we do is, sometimes we’re the closest thing to a mum a young person has.

We often hear from children and young people in care that what they really want is for their caseworker to be their friend, and not to feel like they are a task on their caseworker’s to-do list. Well, Skye goes even further than being a good friend, taking on the role of champion, confidant and support person over eight years.

I love the gentleness and affection of their relationship, particularly when Skye has the urge to jump through the phone to comfort Carrie when she is upset but too far away to visit.

Andy’s unwavering support of Skye’s need to return to Carrie when she came back from maternity leave shows strong leadership and insight into how important Skye was to Carrie’s wellbeing and sense of self.

Carrie is a young woman with enormous potential and has overcome much to achieve her many successes so far; the future looks so bright for her. Much of it can be achieved by strong determination and will, as displayed by Carrie. However, the support, commitment and belief from Skye has clearly contributed.

I hope this story encourages practitioners working with young people to stay hopeful and hang in there through the tough times. We owe it to all the children we support to want for them nothing more, and nothing less, than what we want for our own children.