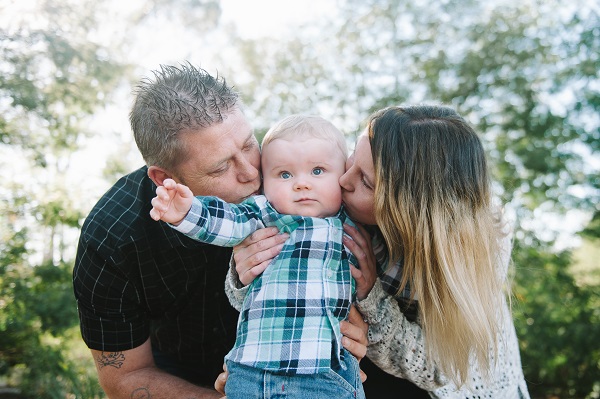 Drugs changed everything in my life. I’d been using since I was a teenager, and I had a big habit. They made me spiral out of control. I mixed with the wrong people, sold drugs and did other criminal stuff. I was really violent, especially to my partner Sally. I wasn’t a nice person to be around.

I used to think FACS had it in for me. They looked at my history and judged before they knew me. They took away our kids, and didn’t help us get them back. They didn’t work with us, so we didn’t want to work with them.

After the kids were taken, things got a lot worse for both of us. The older kids knew about the drugs. They looked at us like we were nothing. They would cry after visits, and stopped wanting to see us.

I started to realise I needed to make some changes, or I’d be dead in a year. So I put myself into rehab. That was 16 months ago and I haven’t used since.

We were so worried about FACS taking Blake and thought about doing a runner to Queensland. I’m glad we didn’t. We needed to stay and face our problems. If we had left, Blake would have been taken, and I would have fallen back into old habits.

I remember when our caseworker Narelle first came over. I was thinking ‘here we go again.’ It was an emotional meeting and to be honest, I had no hope we could keep Blake. But we were so lucky to have Narelle. There was no sugar coating, only the truth. It was exactly what we needed, and it meant we could also be honest. We knew what we needed to do, that this was our chance to keep Blake. Over time, I started to trust Narelle.

I see things differently now I’m not using drugs. I’m enjoying being a parent to Blake in a way that I couldn’t enjoy with the other kids. I wasn’t there for them – I wasn’t a dad. I’m doing the ‘Taking Responsibility’ program and am starting to admit to myself what I’ve done to Sal and the kids. I can’t blame anyone else.

I never thought it was possible to change my life. It was filled with drugs, violence and criminals. I didn’t know another life was possible. There are still hard days, but I’m learning and growing. I now have my driver’s license and I work two jobs. This brings me pride. I want all my kids to see the man I am now. I want to be a good role model, for them to be proud of me.

I didn’t know about Michael’s drug use for a long time. Michael was hardly around but when he was, it was awful. I felt trapped – I couldn’t leave because I had no where to go with eight kids.

The kids saw so much bad stuff. I sent them to live with my sister just after I started to use ice. I hadn’t used drugs before but my depression was getting worse. I thought I was doing the right thing by sending them there but FACS didn’t see it that way. They thought my sister’s house wasn’t safe, so they took all the kids. I didn’t get the kids back because I stayed with Michael. But I wasn’t choosing him, I was choosing the drugs. I now know I put my kids in a bad situation. I wish we’d done things differently.

I stopped using before I found out I was pregnant with Blake. When the midwife told me FACS would be involved we were really scared we would lose this baby too. There was still so much work to do. But I had hope after meeting Narelle. I saw that if I worked with her, we might just have a chance.

I remember going to all these medical appointments, groups, courses and counselling - all while heavily pregnant. It was really hot weather and Narelle drove me around. It was hard, but worth it. I came back from domestic violence courses telling Michael that he needed to change. I said to him, ‘If you go back to the way you were, I’m gone. I can’t deal with that anymore’. I don’t feel stuck anymore, and Michael’s a completely different person - I’m still getting used to it!

About a month before Blake was born, we had a meeting and FACS said they were going to let us keep the baby. I was cheering, we were so excited! I remember looking around the room and seeing this big team of different services. They were all there for us, going out of their way to keep our family together. This made all the difference to our family. 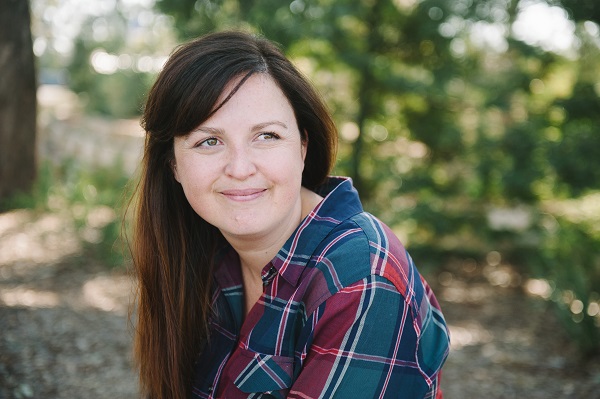 On the surface, things didn’t look good for Michael and Sally. There were so many risks. The family had been involved with FACS for years, they both had a drug history, eight kids had been removed and on paper, Michael was a scary guy. He had a long history of violence, and had threatened other caseworkers. But I wanted to see beyond this, to where the family was at that moment. I wanted them to believe they could be a success, and that the past didn’t have to be their future

I started working with them when Sally was 25 weeks pregnant. I knew that Michael and Sally hated having FACS in their lives, and their experiences with us were not great. They would deny everything and avoid us. I needed to understand why. If I didn’t do things differently, the trajectory wouldn’t change. Michael and Sally told me FACS always told them what to do, but never helped them to do it. This was always in the back of my mind. I remember thinking that I needed to be really careful to not boss them around. I needed to respect them.

Michael and Sally were really nervous when we first met. I was sitting at their kitchen table and telling them I wouldn’t read their file until they told me their story, in their own words. They really liked this, and were completely honest with me. I asked them what was happening in their lives, and what they were worried about. We were worried about the same things. That helped us to start planning for their baby’s safety.

Sally and Michael’s file said they both had an intellectual disability, but I couldn’t find any evidence to support that. It really bothered me. They had both been labelled but no one had offered to help them. Michael and Sally agreed to get a formal assessment to see if they needed extra support. It turns out they don’t have a disability. It was like they were set free by this news. When I think back to why we got this wrong, I think we assumed they had a disability, maybe because Michael couldn’t read or write very well. But this is so explainable when you talk to him. He left school early, experienced a lot of trauma and started using drugs and alcohol as a teenager.

We also worked out a plan to build on the work they had already started. Michael had been to rehab, but we were all worried about him relapsing – he had such a long history of drug use and it was a daily struggle for him. I gave him a list of relapse prevention services and suggested he should try one. We agreed if he didn’t like it, he could try another service. He ended up trying four services, and staying with the fifth. I could have seen him as being avoidant – to be honest, I was starting to wonder myself – but he explained to me that some services had clients who were still using, and he had been trying so hard to stay away from drugs. It was fair enough. By giving him the autonomy he made the best choice. It was a choice I couldn’t make for him.

We were planning for three possibilities – the best one was the family staying together. I also needed to build Sally up enough, so if Michael couldn’t do it, she would be strong enough to tell him to go. Michael was completely on board with this. He told me he didn’t want to be the reason Blake came into care. This was our third possibility, but we didn’t need to go down that road. Sally and Michael have worked really hard to stay clean. They’re doing a great job with Blake, he is healthy and happy and their relationship is good.

If I hadn’t worked with this family while Sally was pregnant I truly think Blake would’ve come into care. It gave us breathing space to work on what needed to change. It can be challenging to read the story of Sally and Michael and to not make the same judgements that it seems others had made before Narelle became involved with the family. Michael’s honesty in talking about his addiction, the risk he had posed to Sally in the past and the difficulty he had in parenting his children is sobering to read. The important step he took to seek help and to be able to stay clean demonstrates the capacity of individuals to make a change in their lives.

Sally also made decisions that she acknowledges were about drug use – she wasn’t able to prioritise the needs of her children. When Sally gave up drugs it showed there was a real possibility that the outcome for this child could be different.

Both Sally and Michael had been labelled as having an intellectual disability. It seems it was only a label that may have served to further disadvantage them rather than being used as an opportunity to structure some assistance. Following assessments it became clear that they did not have a disability. They had been labelled at some point in the past and that label had stayed with them. The critical action should have been to work with them to enable support to be effective rather than a focus on a label.

Narelle’s approach to the family has made such an amazing difference. I was moved by the approach Narelle took in not reading the file but wanting to hear from Michael and Sally directly their story. That ability to build up trust and rapport has been so critical. I am so impressed that as an organisation we are able to support families through casework such as Narelle’s. We remain optimistic about the ability of people to change even when the facts may suggest there is no hope. Thankfully for Blake he is living with his parents and being well cared for. His father has a job and that will provide an important structure for the house and set expectations for Blake about the value of employment. He has the opportunity to grow and develop in a family environment.