‘In my job I hear stories about violence all the time. I never get used to them. The story of Angela and her children will stay with me forever ’

It all started with me. The day I told my teacher about my dad. There were a lot of days before that when I was going to tell someone. I’d always change my mind. I had to pick the right day. All my life my dad made me the same promise. He said if I talked he would do something really awful to my mum. I knew he meant it.

My dad hurt my mum for as long as I can remember. Sometimes it was nasty words. He called her a pig or a dog. So many things made him angry. If he didn’t have a cup of tea as soon as he got out of bed. If the washing wasn’t folded when he got home. I’d open my eyes in the morning and I’d be thinking about that cup of tea. Was it ready, would it be right? I’d race home from school and help my mum fold that washing. I never sat still. 'My brother got straight beside her and blew his breath into mum’s mouth. Over and over. He is only eight. He saved mum’s life that day. Well, we both did.' 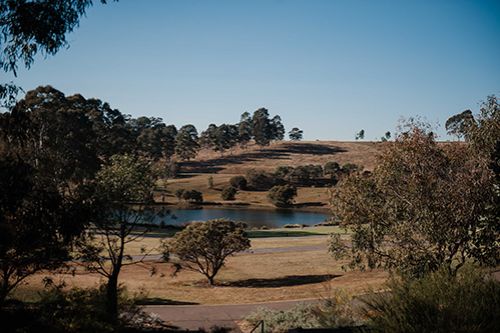 Picture of outback and Lake.

Sometimes it worked. Some of the things I did stopped my dad in his tracks. I became pretty good at that. But sometimes I couldn’t stop him. He hurt my mum in ways it’s hard to say out loud. He punched her and he kicked her. He dragged her across the floor, he threw things at her, and he left bruises all over her. One time he lit a fire and dropped it on her while she was in bed. I tried in all sorts of ways to stop him. Other times, late at night, I heard my mum crying. They were the worst times. I don’t remember when it started. I just know I have been afraid all my life.

'I hope he learns that what he did to us was wrong. Most of all, I hope he is sorry.'

The day I told my teacher it was because I knew I had to do something. And it was because of what I saw my little brother do. My dad used my mum’s scarf to choke her. He wrapped it around her neck and was squeezing and shouting. Mum was making terrible sounds and my little sister was crying. I was trying to make him stop – pushing him and begging. I think he finally heard me. He let go of that scarf. It was then we saw that mum wasn’t breathing. She had stopped making those awful noises. It was the most frightening thing in the world. My brother got straight beside her and blew his breath into mum’s mouth. Over and over. He is only eight. He saved mum’s life that day. Well, we both did.

I told my teacher the next morning. I told her just enough. I couldn’t wait around to see what my dad did next. The school called Liz. She is a caseworker and she came with the police pretty quick. She told me she had already spoken to my mum. Liz said that my mum told her to believe me. That helped. It was my mum’s way of telling me it was okay. Liz and the police officer listened and they took my mum’s advice. You can tell when adults believe you. My brother and my sister told Liz everything that made them frightened about our dad. My sister is only six. She was so brave that day. We all knew that we had to do something.

The police arrested my dad and took him to jail. You couldn’t believe the difference in our house. It was instant. The fear just went away with my dad. I started to breathe again, to sit still for a bit. It was then that I decided to say a bit more. I had a card with Liz’s number. I took it to my teacher and asked her to call Liz for me. Liz answered and I told her I had something else to tell her. I asked her to come to school. I asked her to bring the same police officer. Liz didn’t ask why. They just turned up. I told them about the time my dad tied me up with rope and hit me with a piece of wood. I told them what he said when he shouted and swore at me. I had been too scared to tell that story before.

The police have told me my dad will be in jail for a lot of years. Sometimes I worry about him and sometimes I miss him. But I don’t miss being afraid. I want to see him one day but not on my own. When I am ready. I hope he gets help in there. I hope he learns that what he did to us was wrong. Most of all, I hope he is sorry.

The year after next I go to high school. Some kids get right to the end of school before they know what they want to do with their lives. Not me, I know already. I’m going to be a police officer. I’m going to believe kids. I’m going to turn up when they ask me to.

I chose the title of this story. I want other kids to know that there are all sorts of ways to be brave. I want them to see what they are already doing. And I want them to know about my sister and my brother and me. We were told not to talk but we trusted the right adults. We did it together and it worked.