My heart sank when I saw the address on the report. It was a house known for drug dealing and no place for an 11 month old baby.

Baby Zailee was crawling around on the floor and her mum Karla took a long time to rouse. The drugs made it hard for Karla to understand my words and worries. People were coming and going from the house and Zailee, dressed only in a T-shirt and nappy, was shivering from the cold. I took her with me that day. I had to.

My first job was to find family. Zailee went to the loving arms of her nanna. My second job was to get a Family Group Conference up and running. It helped everyone who loved Zailee and Karla come together to work out how they could support them. 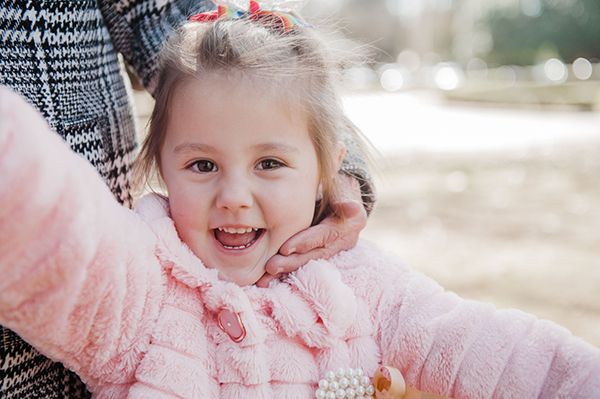 'I felt sick with dread that I was going to get a phone call to say she had been found dead.' At the same time I set out to help Karla as much as I could. It wasn’t easy. Her phone number changed as often as her address. She was sleeping rough, deep in a drug addiction and literally wasting away. I worked hard to keep her connected to her daughter. Sadly, at the time, Karla wasn’t able to be the mum Zailee needed. I felt sick with dread that I was going to get a phone call to say she had been found dead.

When Karla wasn’t avoiding me, she raged against me. She hated that I took her daughter away. I understood that. When we did talk I saw glimpses of the real Karla – the woman she was before the drugs – a mother who loved her daughter. I learned that she was using drugs to cope with some awful things that had happened when she was a child. I promised Karla I wasn’t going away and would be there for her. I just needed to keep saying that.

'She had been in care for close to two years and was flourishing. Was it too late to change her path?'

On the other side of town Zailee was growing into an inquisitive and affectionate little girl. It was beautiful to watch. My worries about Karla were made easier knowing that Zailee was cherished, safe and loved in family.

I lost contact with Karla for a while and then out of the blue one day she called me from prison. She had stolen food to stay alive. Free from the drugs, nourished by three meals a day and safe, she sounded like a completely different person. For the first time I was talking to Karla. She told me how much she missed Zailee and had a hundred questions about her. I filled her in and sent photos. But my mind was racing – Zailee was just weeks away from a guardianship order being made. She had been in care for close to two years and was flourishing. Was it too late to change her path? Picture of Zailee and Karla.

At the same time I was reflecting on my own ethics and values after many years in the job. It just so happened that I was attending training that asked us to consider the role of hope in our work with families. In the break I raced to talk to my manager Lucinda and together we decided we had to slow things down and give Zailee a chance to be raised by her mother in safety.

When Karla realised we were open to the idea of Zailee coming home, she became a force of nature. Throwing herself into parenting courses and drug and alcohol counselling. She got drug free and she stayed drug free. Karla created a home for herself in a small coastal town and found a partner who helped her see her strengths.

I worked hard to build trust with Karla. I stayed calm and positive in all our conversations. I listened deeply to everything she said. I told her how amazing her achievements were every day. It was a breakthrough moment when Karla felt safe enough to ring and tell me she was pregnant. She was terrified this would stop Zailee coming home to her. But I assured her that she was doing everything she could to have her little girl home.

The road wasn’t always smooth. Karla’s family struggled with how dark things had gotten in the past and were scared Karla would start using again. Karla was barely out of her teens and I knew if the restoration were to work, the family needed to rally around Karla as much as they had Zailee. I couldn’t be in their lives forever and I saw my role as not just returning Zailee to her mum, but bringing Karla back to her family as well. It had to be a homecoming for both of them.

'Supporting this family has reminded me how harmful it can be when we are quick to label parents as being ‘difficult to engage’ or ‘obstructive’. We need to take the time to see what is happening and not take hurt and anger to heart. Our job is to be strong when they can’t.'

I spent a lot of time talking and listening to all of the family about Karla’s strengths as a mother and helped them see that this was the right decision for Zailee. They needed time to deal with their own worries about Karla and come to terms with Zailee’s guardianship not going ahead. Karla needed a community of safety, love and support around her to stay on course with her recovery and focus on Zailee. These discussions led to another Family Group Conference. It was an excellent way to get all the worries on the table and from there build a plan for success.

We need to take the time to see what is happening and not take hurt and anger to heart. Our job is to be strong when they can’t. Picture of Karla and caseworker Robyn.

'I let my ethics guide me and used my skills and knowledge wisely to give Zailee the best chance of growing up with her mum.'

In the months that followed, Zailee flourished in her mother’s care and love. She is such a gorgeous girl – full of sass and adventure. Zailee still spends lots of time with her grandparents, who cherish her, and she cannot wait for her baby brother to arrive.

I still have the letter Karla sent me from prison. In the last line she wrote ‘thank you for believing in me’. Sometimes casework requires a leap of faith. I stepped into that space with Karla. I let my ethics guide me and used my skills and knowledge wisely to give Zailee the best chance of growing up with her mum. When I see the bond grow between them I am so glad that Karla got another chance to show us the kind of mum she could be. Better still, Zailee has her mum and her grandparents. The rewards are real in this work if you can see the possibilities.