Things were really bad in my life. I was living in a terrible place without windows in the middle of winter. I was freezing all the time. My boyfriend at the time would bash me up really badly. I was so terrified that I would cover up for him when the cops came so he wouldn’t hurt me even more, but in the end they charged him. I used ice to cope and had no money for food. When I see photos of me back then, I can’t believe I’m still alive. I was a walking skeleton.

When Zailee was taken I didn’t have anything to live for and hit rock bottom. I hated Robyn. Now I see that it was the only choice she had. I love my daughter but I know I was selfish to want to keep her with me. At that time I wasn’t able to admit that I had a problem with drugs. 'Within weeks I was doing everything I could to get Zailee back.'

I didn’t turn up to the rehab that Robyn had arranged for me. I still wanted to take drugs – they kept me from feeling a world of pain. Eventually I was arrested. And prison probably saved my life. When my head cleared I realised what I had lost. Within weeks I was doing everything I could to get Zailee back.

Every time my drug tests came back I would text the results to Robyn. I was so proud to share them with her. I wanted to show I meant what I said – I was going to get off the drugs for good. I was reading parenting books and going to classes. Counselling helped a lot.

Robyn really hung in there and let me take out my frustrations on her. It was tricky with my family. Some of my relatives told me not to trust the department and not to work with Robyn. I was really confused but in the end my new partner told me to trust myself. I’m so glad I did. Robyn really cared about Zailee and I had to trust that she would help us. We had balloons and cake the day Zailee came home forever.

I still feel sad for Zailee’s nanna. She misses Zailee a lot now she is home with me. I am so grateful to her for taking such good care of my daughter when I couldn’t. Sometimes it is hard keeping everyone happy, but I think about how much it hurt when I lost Zailee and understand that my family is now also in pain. We will make it work together for Zailee. 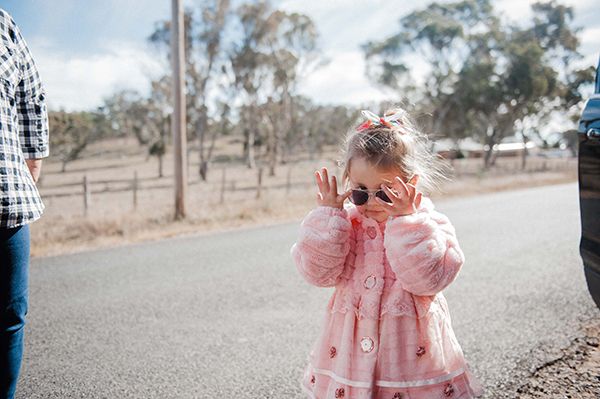 'We’re going to be a bigger, happier family. They are both going to be safe with me forever.'

I wrote Robyn a letter when I was in prison. I said sorry for everything I had done and thanked her for looking after my baby. Zailee adores Robyn. She asks me if we can go to ‘Rob’s house’ – she means Robyn’s office. I know Zailee calls it a house because she feels safe and cared for there. She likes to toddle around saying hi to everyone and get cuddles from Robyn.

I can’t wait to meet my baby boy. This time I’m not going to lose any time with him. We’re going to be a bigger, happier family. They are both going to be safe with me forever.