When alcohol turned this family’s life upside down, read how caseworker Zoe supported three children to be safe and their mum to create the change she needed to get them back home again.

‘Zoe’s persistence was my turning point.’

I wasn’t much of a drinker in my younger years, but I remember clearly the day that my addiction started. It was a few months after my dad died and I took the children away for a short break. When we got to our holiday spot I realised I had no one to call to tell we had arrived safely. The loneliness hit hard. Anxiety crept over me like I had never felt before.

We went for lunch and they offered me a glass of wine with my meal. I don’t usually drink and hated the taste of it, but that didn’t matter. Within seconds of that first glass my anxiety melted away. Alcohol quickly filled my lonely heart. I had another glass that night with dinner. By the end of our holiday I was having a few glasses of wine every day. I didn’t think too much of it – after all, lots of people have a glass of wine with a meal. What was the big deal? 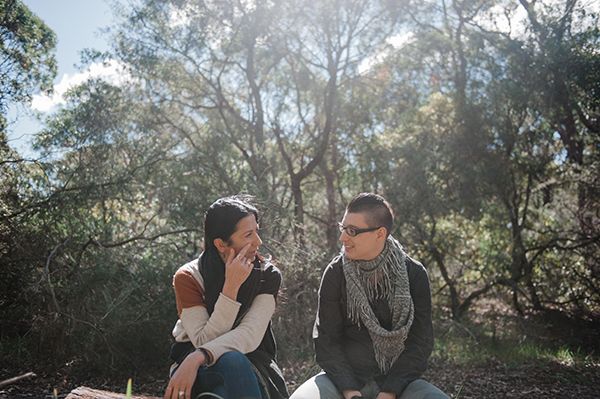 Picture of Annette and Zoe Smiling at each other

‘I felt caught between two desires – having my children or maintaining my addiction.’

Picture of Zoe and Annette sitting on a rock.

When we got home I went into a liquor store for the first time in my life. I bought myself a bottle of wine. Before I knew it that bottle didn’t last the day. Then one bottle became two, then three. I was addicted. My mind and body couldn’t function without it.

I knew early on that I had a problem. I went to detox within three months of that first glass of wine and walked out with a new addiction – Valium. The Valium helped me to stop drinking until one day I decided it would be okay to have ‘just one drink’. That ‘one drink’ quickly turned back into three bottles a day. This is when the lies and deception really started.

I did my best to hide my drinking but people started to notice, including child protection services. Now I had become the kind of mother that my children needed protecting from. Of course, I denied that. I found ways to justify my drinking to myself. I made every promise under the sun to my family and friends that I would stop using alcohol and pills, with zero intention of following through.

I thought I could outsmart everyone that was worried about me. I would call my caseworker at the time, hoping that by initiating contact she would think that I was working with her. Before each call I would have a glass of wine – just enough to make me sound calm but not too much to make me sound intoxicated. It worked. Before long my case was closed. Now I could drink without having the threat of losing my children looming over my head. Picture of Annette and Zoe hugging. Picture of Annette sitting on a rock.

Away from the eye of authorities my life, and my children’s, spiralled to new lows. That’s when a new caseworker, Zoe, became involved.

I felt caught between two desires – having my children or maintaining my addiction. Zoe was clear that it was one or the other. I knew I would have to go to rehab but I had no one to leave the children with. It didn’t seem like a real option for me. I kept drinking, while all the time Zoe was building relationships with the kids and a small army of people that would soon become my support network. The tactics that I used with my previous caseworker to mask my drinking didn’t work with Zoe. Zoe was as involved with my kids as she was with me. The kids were telling her all of the things that I was desperately trying to hide. My real life was exposed.

‘Zoe gave my children a voice. She listened to all of their worries and she did what I could not do – she kept them safe.’

One of the worst times was when Zoe told me my children weren’t safe with me. Hopelessness hit me hard. Zoe had made sure my children were safe with family and friends, but I went into a downward spiral. I thought alcohol was the only thing that could help me get through. Zoe had been told about my desperate state and came over to check on me, even though there were no kids in the house. She just wanted to make sure that I was okay.

I wasn’t okay. Zoe tried to get me to go to hospital but I wouldn’t go. I locked myself in the bathroom and finished off a bottle of wine that I had hidden in the cupboard. The next thing I remember is waking up in the hospital that I had fought so hard not to go to. I was hooked up to tubes and a machine that was doing the breathing for me. I had been in a coma for days. There wasn’t any lower I could go.

Rehab was once again my only option but I was told that there was a six month wait list. I got in well before the six months thanks to Zoe. It was only once I was in there that I found out how incessant she was with her phone calls. Zoe was supposed to ring them once a week to hold my spot on the list. She rang them six times in one day! She rang so often that the staff had an emergency meeting and agreed to take me straight away. Zoe’s persistence was my turning point.

There is nothing easy about rehab, but I was able to get the most out of the program because I knew that I didn’t have to worry about the kids. I knew that Zoe was looking out for them. Knowing this let me throw myself into all that I had to learn and unlearn.

I left rehab feeling like a new woman. But I knew that I had caused a lot of hurt and my family needed help to start to heal. Zoe organised a Family Group Conference before my discharge. This conference put the pieces of my messed up life together. It gave us a clear plan, and with that a sense that maybe things would be different. I had purpose back in my life and people who loved my family and who would help to keep me well.

Child protection has closed its case now, and this time it is for real. Zoe gave my children a voice. She listened to all of their worries and she did what I could not do – she kept them safe. Zoe is an angel. She is the reason that my children love and trust me again. I can’t thank her enough.